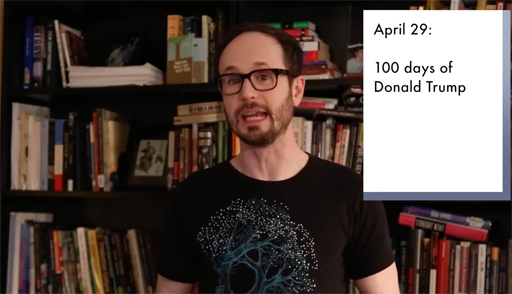 As President Trump attempts to spin his empty list of “accomplishments” during his first 100 days in the White House,  Matt Baume offered this list of actions Trump has moved on since taking office including:

• rescinding LGBT protections under federal contractors
• rescinded transgender protections for students
• ended data collection by the federal government on LGBTs so they could even know who, what and how many there are
• appointed a SCOTUS justice who seems set to rule against any LGBT rights
• and his cabinet is decidedly anti-LGBT

Quite a list from the guy who said he would be “better for the gays” than Hillary Clinton.