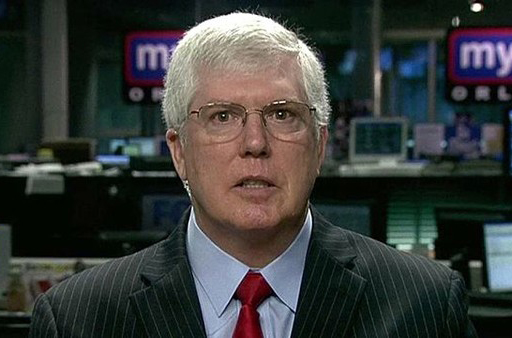 Anti-gay Liberty Counsel’s Mat Staver, who has been representing Kentucky County Clerk Kim Davis, asserted in a recent appearance on the “Faith and Freedom” radio show that a host of the ABC show THE VIEW called for someone “to go kill her.”

“I would encourage you to pray for Kim Davis, pray for her family, pray for those that work with her, pray for Liberty Counsel,” Staver said. “Kim has received just horrible death threats, even from ‘The View,’ amazingly. They called her a monster on national television, one of them said that someone ought to go kill her. This is on a major network. That was on ‘The View’ on ABC. I mean, that was astounding, that kind of language was happening on a major TV network.”

While the “monster” label was used on THE VIEW, no one can seem to find any instance of anyone on THE VIEW calling for Davis’ murder.