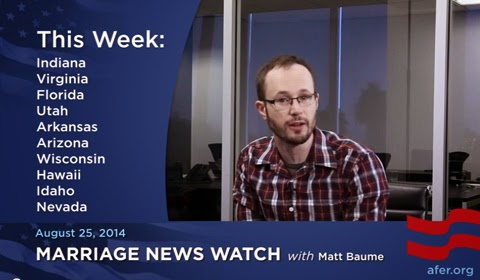 • The anti-gay Governor of Indiana just got caught making some wild claims in court, and now a judge has called him out in a sternly-worded ruling

• Marriage equality has picked up another victory, with the first federal judge to rule in Florida

• There’s a new case in Arizona, with an elderly couple about to lose their home

• Couples are fighting back against stalling tactics in Arkansas

• Plus, two major oral arguments are coming up in the next few days