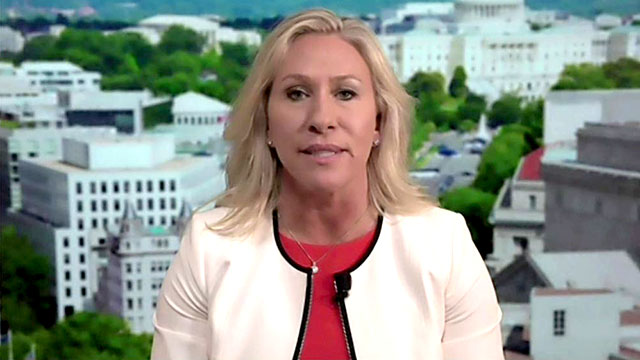 Just a day after being permanently banned from Twitter for repeated violations of the platform’s rules on spreading misinformation about COVID, Rep. Marjorie Taylor Greene (R-GA) has landed in Facebook jail for continuing her lie campaign.

On her GAB account, Greene called the move “beyond censorship of speech.”

“I’m an elected Member of Congress representing over 700,000 US tax paying citizens and I represent their voices, values, defend their freedoms, and protect the Constitution,” she wrote.

Ms. Greene apparently received this warning noting that she had “posted something that didn’t follow our Community  Standards.” 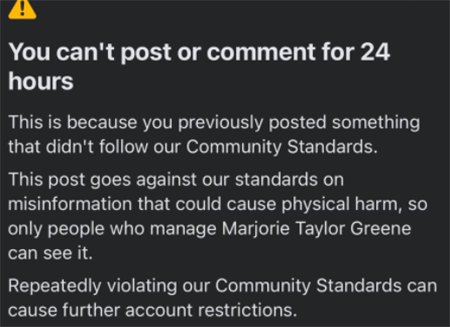