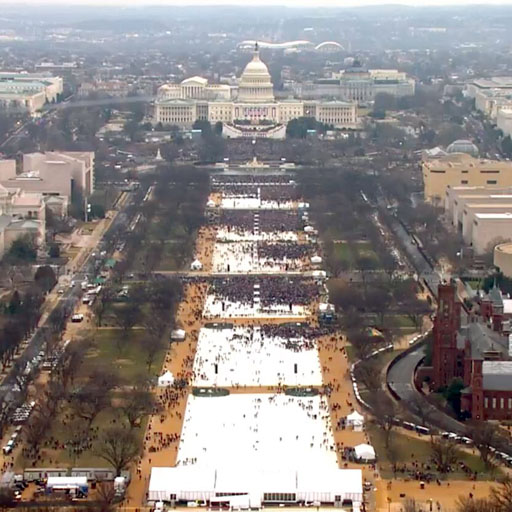 Ahead of the March For Our Lives today in Washington, D.C., officials associated with the event were pretty confident around 500,000 participants would take part.

Get ready for another Trump Twitter meltdown as the numbers indicate more folks attended today’s rally than Donald Trump’s inauguration.

Shortly after one o’clock on the day of the rally, as the bulk of the attendees had settled in to listen to the speakers and musical guests on the main stage, Senator Chris Van Hollen (D-Md.) felt confident enough about the size of the crowd to take a salty swipe at President Donald Trump.

“I can tell you for sure, it’s larger than the Trump inauguration,” Van Hollen told The Hill, picking at the oldest sore spot of the Trump presidency — the crowd size at his inaugural celebration. Famously smaller than that of his predecessor, President Trump’s sensitivity to comparison spurred former White House press secretary Sean Spicer into his first controversy, hours into his tenure — a moment he now regrets.

A few hours after the March For Our Lives concluded, organizers laid down their marker with reporters, setting their figure at 800,000 attendees.

Officials connected with today’s #MarchForOurLives here in D.C. tell @NBCNews that they are estimating a crowd size of *800,000* after forecasts of 500,000.

Sure feels likes that from our vantage point on the ground.