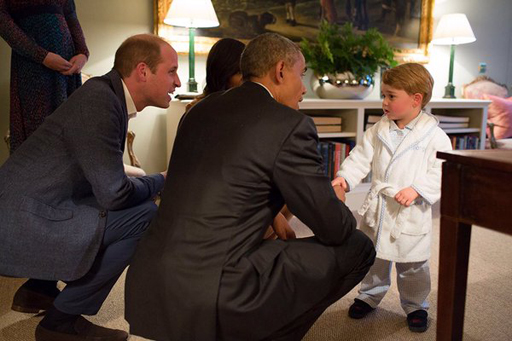 The Twitterverse got a huge dose of “adorable” when Kensington Palace tweeted out these pics of President and Michelle Obama meeting young Prince George before having dinner with Prince William, Duchess Kate and Prince Harry.

Adorable. That’s the best way to describe President Obama and the first lady’s meeting with Prince George, the 2-year-old son of Prince William and Duchess Kate. The president thought so himself.

“I guess you all know why I came this week,” he said Saturday during a town hall in London. “It’s no secret. Nothing was going to stop me from wishing happy birthday to her majesty, or meeting George, who was adorable.”

The Obamas met the young prince before having dinner with the Duke and Duchess of Cambridge and Prince Harry at Kensington Palace on Friday. When they arrived, they found Prince George standing near the foyer and dressed for bed. 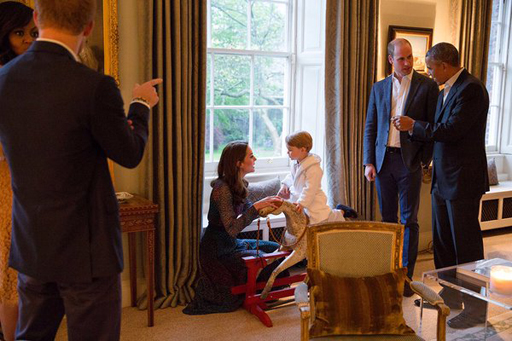