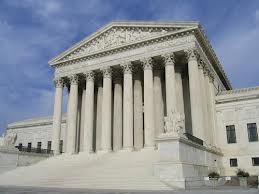 Come Thursday, dozens of major corporations will file a joint Supreme Court brief in support of the overturn of Prop 8.

On Thursday, dozens of American corporations, including Apple, Alcoa, Facebook, eBay, Intel, and Morgan Stanley will submit an amicus brief in the landmark Hollingsworth v. Perry case broadly arguing to the U.S. Supreme Court that laws banning same-sex marriages, like California’s ballot initiative Proposition 8, are unconstitutional under the Due Process and Equal Protection Clauses.

According to a draft copy obtained by Fortune, the companies argue that such laws “send an unmistakeable signal that same-sex couples are in some way inferior to opposite-sex couples, a proposition that is anathema to amici’s commitment to equality and fair treatment to all.”

At least 60 companies had committed to signing the brief as of Tuesday evening, according to Joshua Rosenkranz, who is counsel of record on the brief and head of the Supreme Court and appellate litigation practice at Orrick, Herrington & Sutcliffe. That number is expected to rise by Thursday, however, according to Rosenkranz. Others who have already committed to sign include AIG, Becton Dickinson, Cisco, Cummins, Kimpton, Levi Strauss, McGraw Hill, NCR, Nike, Office Depot, Oracle, Panasonic, Qualcomm, and Xerox.