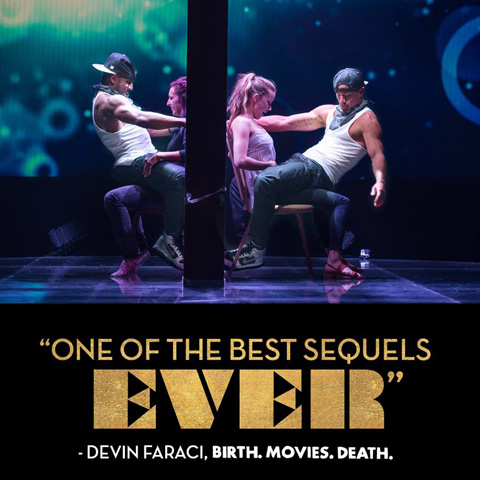 The Channing Tatum-led Magic Mike XXL look to land at the #4 position at the box office this weekend, behind Inside Out, Jurassic World and Terminator: Genisys.

Warner’s stripper sequel “Magic Mike XXL” wound up with $27 million at 3,355 sites for the five days, with a 96% female audience. Channing Tatum, Joe Manganiello and Matt Bomer reprised their roles from the 2012 sleeper hit. Performance was front-loaded with $15 million in its first two days but with a budget of just $14.8 million, “Magic Mike XXL” is already in the black for the studio.

The original “Magic Mike” opened on the June 29-July 1 weekend three years ago with a stunning $39.1 million on its way to a $113 million domestic total.

Disney-Pixar’s Inside Out smoked the competition even in it’s third week of release with over $45 million in domestic box office.