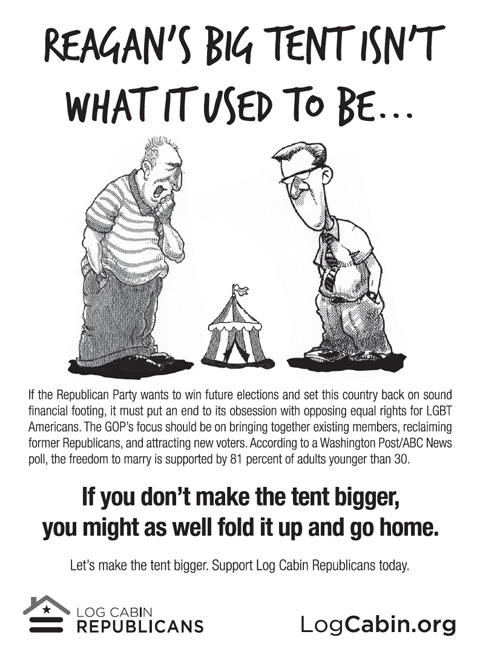 Log Cabin Republicans has a full-page ad in Politico calling on the Republican Party to grow the proverbial “big tent” by dropping its opposition to granting equal rights to the LGBT community.

The ad is a part of LCR’s relaunch efforts, which will more aggressively challenge the GOP to not be beholden to the vocal minority within the party that oppose rights for gays and lesbians.

To be fair, Log Cabin Republicans benefit by being viewed as more clear on their mission statement than the “other” gay Republican organization, GOProud. LCR remember who they are and don’t fall into the trap of wanting to please the GOP masses to such an extent they lose their own identity.