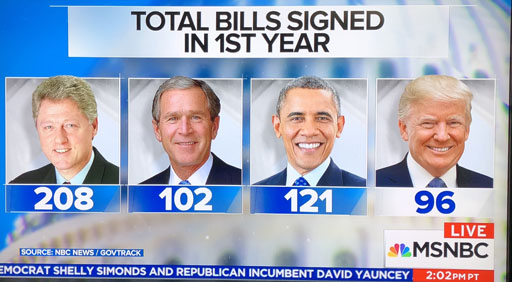 For weeks now, Donald Trump has bragged that he has signed more bills into law of any president in modern times, going back as far as Eisenhower.

But the fact is Trump has signed the fewest bills into law by this point in any modern president’s first year.

The President sits in last place with 96 bills signed into law by his 343rd day in office (today).