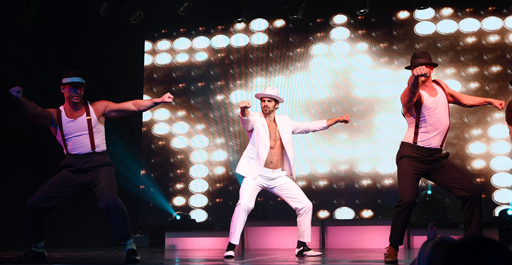 Last night I attended the first performance of America’s Next Top Model/Dancing with the Stars champ Nyle DiMarco as he took to the Chippendales‘ stage in Las Vegas at the Rio Hotel and Casino as the iconic male revue’s newest celebrity guest host.

Walking out to a standing ovation, DiMarco was all smiles and confidence as he addressed the wildly excited audience. Within a few minutes, he shared that he was thrilled to be making his hosting debut and had some surprises in store. He also taught the audience how to show their applause in sign language, plus – this was really useful – how to sign “Take it off.”

The second the audience signed “take it off,’ the handsome 27 year old actor/model happily obliged, rippng off his shirt to a loud roar (and waving hands) from the crowd. 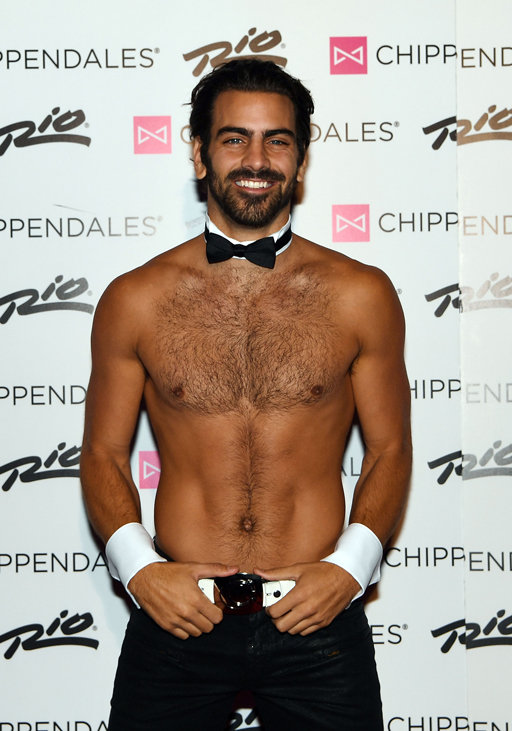 DiMarco makes several appearances throughout the evening, from hosting a “dating game” segment, to teaching more American Sign Language, to – yes, you know it – dancing with the men of Chippendales. One dance sequence, to “Uptown Funk,” had DiMarco finding a smooth groove wearing a sexy white suit shirtless.

The audience was full of fans, including many from the deaf community. The men of Chippendales made sure several of those fans got some up close and personal time with DiMarco, bringing the thrilled ladies up on stage throughout the show.

I’ve been a huge fan of DiMarco for sometime now, but to see him live (those eyes), and dancing in perfect time with the men of Chippendales, all I can say is by he took his bow, there wasn’t a single butt in a seat. The audience was clearly “Team DiMarco.” 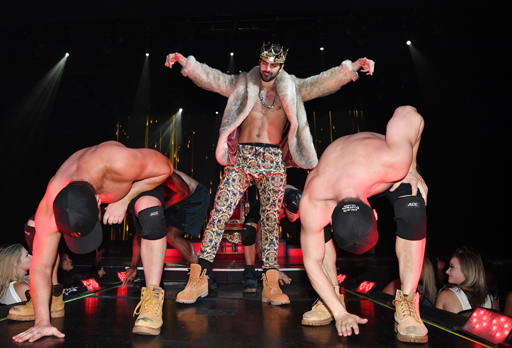 And speaking of Team DiMarco, Chippendales seems committed to making Nyle’s run exciting for everyone. They’ve hired ASL translators for every one of his performance’s so his fans in the deaf community feel as included as everyone else in enjoying the fun.

Plus, I’ve heard the men of Chippendales learned some sign language in an effort to make Nyle feel as welcome as possible.

If you have time to get to Las Vegas over the next four weeks, make sure you get to the Rio Hotel and check out DiMarco and the men of Chippendales.