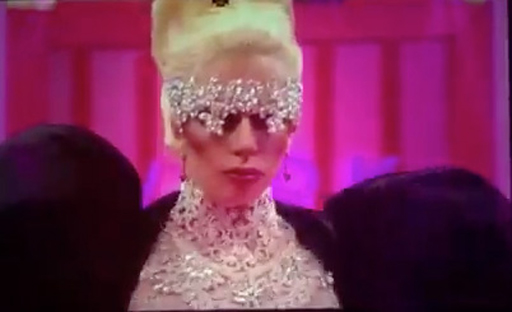 Check out this fun clip of Lady Gaga (captured at the invited premiere party) going “undercover” as a Gaga impersonator in the upcoming season of RuPaul’s Drag Race.

It looks like the queens are pretty blown away by Gaga’s “impersonation,” much in the vein of Derrick Barry’s “Britney Spears.”

Can’t wait to see the reactions from the contestants when the queens figure it out.

Gaga’s drag race cameo starts with her entering the workroom as a gaga impersonator lmaaaoooo too good pic.twitter.com/IvVfXYpTey