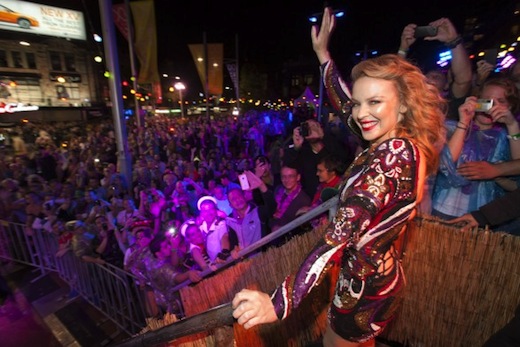 During her appearance at Australia’s Mardi Gras, Kylie Minogue expressed her opposition to Australia’s ban on same-sex marriage, saying “Of course I believe that it should be legalised. I always say, love is love is love,” according to the Herald-Sun.

In recent months, several major names from the entertainment field have expressed support for marriage equality in Australia including Hugh Jackman and Olivia Newton-John.