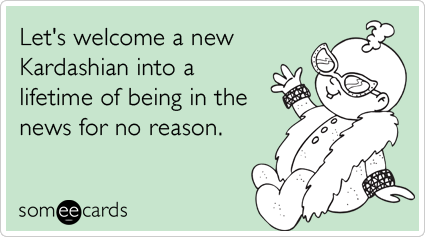 Kim Kardashian, 32, gave birth to her first child – a daughter – with boyfriend Kanye West, 36, on Saturday morning, a source confirms to PEOPLE.

The delivery came slightly ahead of schedule for the E! personality, who was reportedly due in early July.

“I’m so excited we’re having a girl,” Kim said on a recent episode of Keeping Up with the Kardashians, when she learned the sex of her baby. “Who doesn’t want a girl? I think they are the best. I know that’s really what Kanye has always wanted – he wanted a little girl.”

Exclusive pics of the baby coming soon – once the photo buyout is contracted.