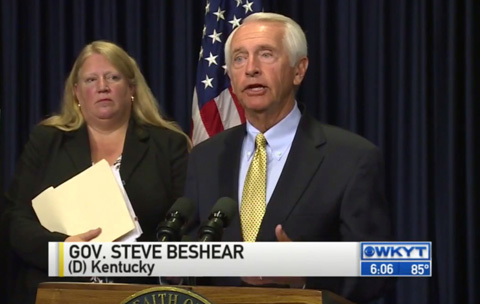 Speaking at a press conference today, Kentucky Governor Steve Beshear made clear his position regarding county clerks who refuse to marry same-sex couples: be prepared to issue marriage licenses to same-sex couples or resign.

“You can continue to have your own personal beliefs but, you’re also taking an oath to fulfill the duties prescribed by law, and if you are at that point to where your personal convictions tell you that you simply cannot fulfill your duties that you were elected to do, than obviously an honorable course to take is to resign and let someone else step-in who feels that they can fulfill those duties.”