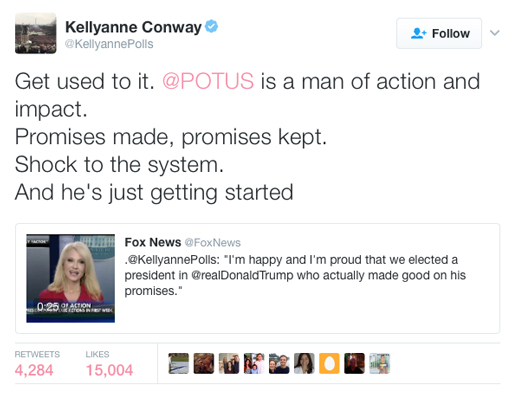 “Get used to it. @POTUS is a man of action and impact. Promises made, promises kept. Shock to the system. And he’s just getting started.”

.@KellyannePolls: “I’m happy and I’m proud that we elected a president in @realDonaldTrump​ who actually made good on his promises.” pic.twitter.com/GgnaNvlw5R

Backlash to the executive order has already begun as the Iranian foreign ministry that says Iran will resort to “counteraction” to Trump’s executive order.

“Iran, to defend the dignity of the great Iranian nation, will implement the principle of reciprocity until the removal of the insulting restriction against Iranian nationals,” the statement reads. “It will apply corresponding legal, consular and political actions.”

Canadian Prime Minister welcomed refugees, including those now blocked from the US:

To those fleeing persecution, terror & war, Canadians will welcome you, regardless of your faith. Diversity is our strength #WelcomeToCanada

And then, there’s the rest of the Twitterverse:

@KellyannePolls This is a death sentence for refugees who need our help. Shame on you. Shame on your boss. Shame on us as a nation.

@KellyannePolls @POTUS How do you sleep at night? It doesn’t bother you to glorify closing our borders to the people who need us most?

@KellyannePolls When we send refugees back and they die, their blood will be on your hands. You will not be forgiven. 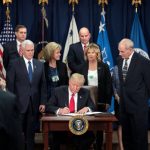 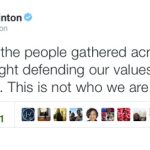 Hillary Clinton: "I Stand With The People" 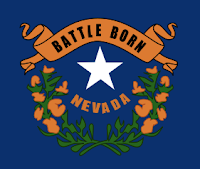 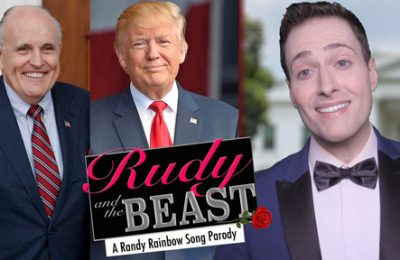 Randy Rainbow Parodies Disney Classic With “Rudy And The Beast” 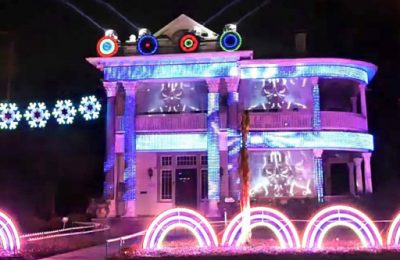