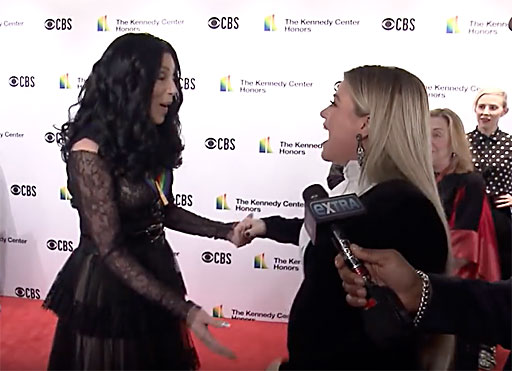 Kelly Clarkson found herself on the red carpet of the Kennedy Center Honors last night at the same time as honoree, Cher.

While Clarkson was there to sing in honor of country superstar Reba McEntire, Clarkson was adorable in her fan-moment speaking to Extra’s AJ Calloway.

Clarkson: “No, never. And don’t do anything either – it’ll make me so nervous I’ll want to cry…”

You have to watch. I laugh because I’ve done the exact same thing in my life 🙂