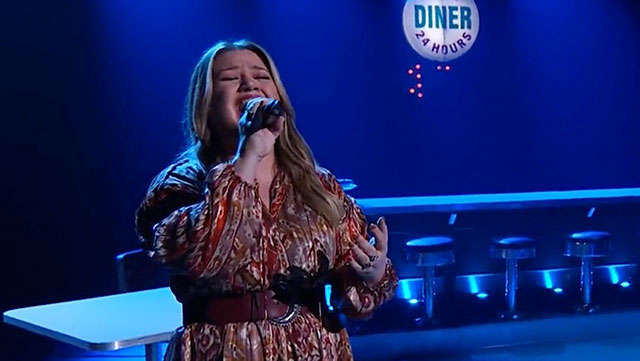 The Twitter team for the Broadway musical Waitress (whose gorgeous score was written by the oh-so-talented Sara Bareilles) asked out loud if Kelly Clarkson could serve up her take on the show-stopping “She Used To Be Mine” before the production ends this weekend.

And then guess what… 🙂

Clarkson, of course, knocks this outta the park vocally.

p.s. gorgeous dancing and choreography integrated in the performance as well.