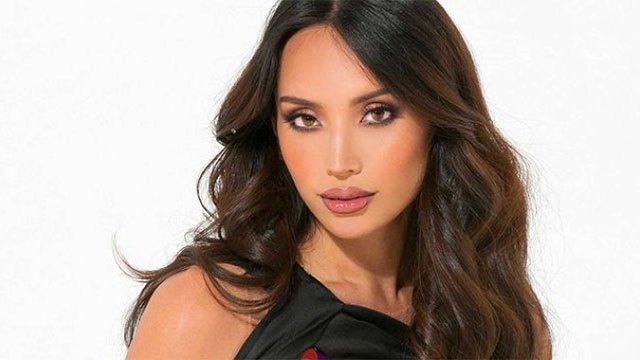 Filipino-American model Kataluna Enriquez made history this past weekend becoming the first transgender woman to snatch the crown of Miss Nevada USA 2021.

The win qualifies Enriquez to compete in the Miss USA pageant in November where she will be the first trans contestant to walk the runway at the long-running competition.

The 27-year-old took to Instagram to share a photos and fashions from the event. Wearing a dazzling rainbow-colored gown of her own design for the coronation festivities, she wrote: “In honor of pride month and all of those who don’t get a chance to spread their colors.”

Enriquez competed as Miss Silver State against 21 contestants in three categories of competition: interview, swimsuit/activewear, and evening gown. Contestants are scored on character, poise, confidence, and personality, according to the rules of the pageant.

Following her win, she expressed her thanks via Instagram to all that supported her. “Huge thank you to everyone who supported me from day one,” Enriquez wrote. “My community, you are always in my heart. My win is our win. We just made history. Happy pride.”

Originally from San Leandro, California, Kataluna Enriquez is currently based in Las Vegas, Nevada. After graduating from high school in 2011, she enrolled in the Fashion Institute of Design and Merchandising in Las Vegas, where she took a deep dive into her love of fashion design.

In 2016, she launched her own fashion brand, Kataluna Kouture. That same year, she represented California in the Transnation Queen USA pageant ultimately winning the title in Los Angeles.

Speaking to Fox5 News in Las Vegas, Enriquez shared that the road to the crown has not been that of beauty queens before her. In another pageant outside Nevada, when the organizers found out she was trans, everything changed.

“I was asked to provide documents that were invasive in my opinion physically asking me to get a letter from my doctor,” Enriquez said.

Enriquez was required to meet with a doctor who had to examine her and certify that she was female before being allowed to compete. No other contestants were required to submit to a physical examination. Also, at the same pageant, every contestant was assigned a roommate – expect her.

Should she win the crown, Enriquez would be the second trans woman to compete in the Miss Universe pageant after Spain’s Angela Ponce participated in 2018.