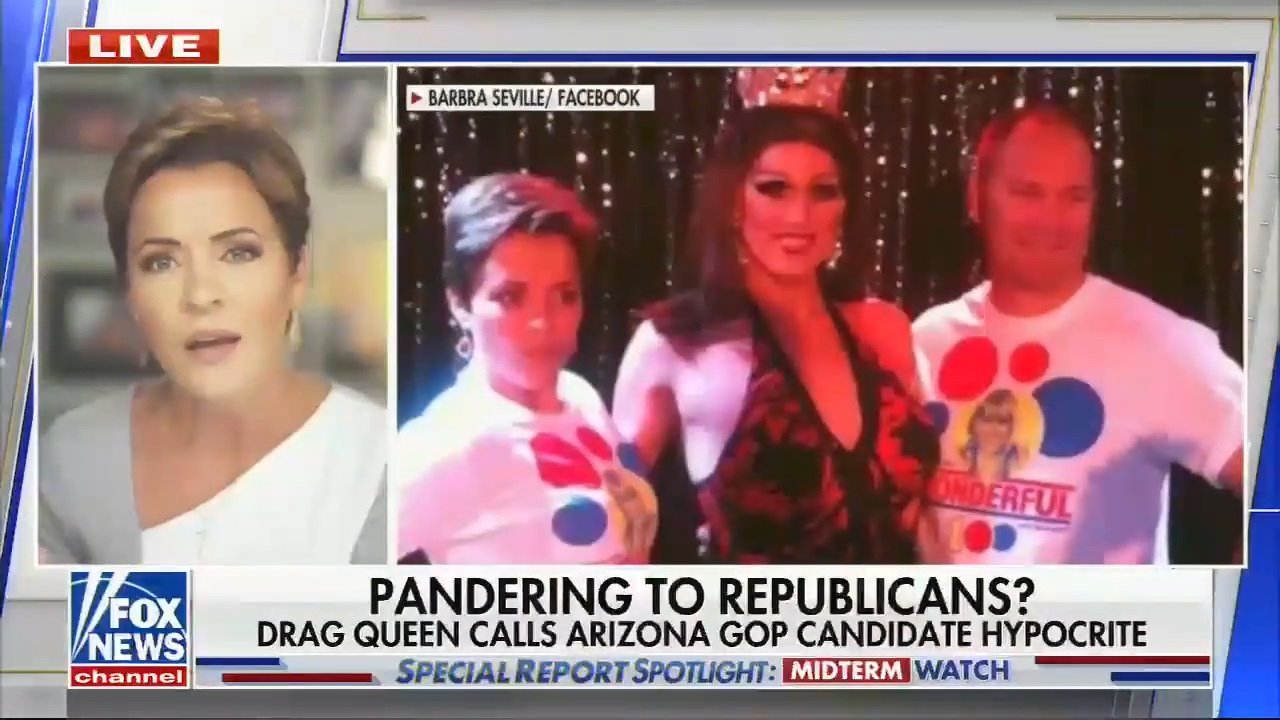 Far-right opportunist Kari Lake, currently running for governor in Arizona, had a meltdown on Fox News after Bret Baier asked her about her past friendship with drag queen Barbra Seville.

While Lake has recently jumped on the anti-drag queen bandwagon in conservative circles, according to reports she’s been friends with Seville for years and even had Seville perform at a baby shower.

“This is the quote, ‘Arizona GOP gubernatorial candidate Kari Lake who has attacked drag queens as dangerous to children attended the shows of drag queen Richard Stephens for 20 years and once hired him to perform at her home,’ Do you care to address that?” asked Fox host Brett Baier.

“I do care. I actually do care to address that and I’m really shocked. I’m actually appalled that Fox News would take a defamatory story like that and we are pursuing legal action against this drag queen, I’m appalled that you would bring that up when you have not talked about our stolen election,” Lake said.

Lake became indignant over Baier’s question scolding him for not asking questions about “corrupt” elections in her state – right after he’d spent three questions on that very topic. And by the way – few elections have ever been so examined as Arizona’s 2020 presidential ballots which were counted three times.

And then there’s that phony ‘beauty filter’ Lake uses on her camera. Pretty rich for someone who says she wants to keep it real.

Unfortunately for Kari Lake, Richard Stephens (aka Barbra Seville) kept the receipts and recently shared this 8 minute video filled with photos and text messages with Lake.