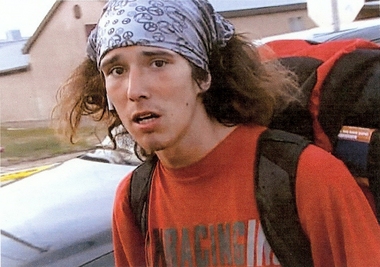 Galfy’s body was discovered Monday after he didn’t show up for work at his law firm. An autopsy revealed that he died from “blunt force trauma,” Romankow said.

A spokesman for the prosecutor’s office said there was a host of evidence that led police to McGillvary including “video of him with the victim at a New Jersey train station.”

Investigators believe the two men met recently in New York City, but it was unclear how they linked up.

The day after the killing, McGillvary met up with “fans” in Southern New Jersey and told them he was on his way to Philadelphia, the prosecutor’s office said. He was last seen Tuesday waiting for a train in Camden County.

The suspect apparently claimed on his Facebook that he was drugged and raped, according to the Star-Ledger: