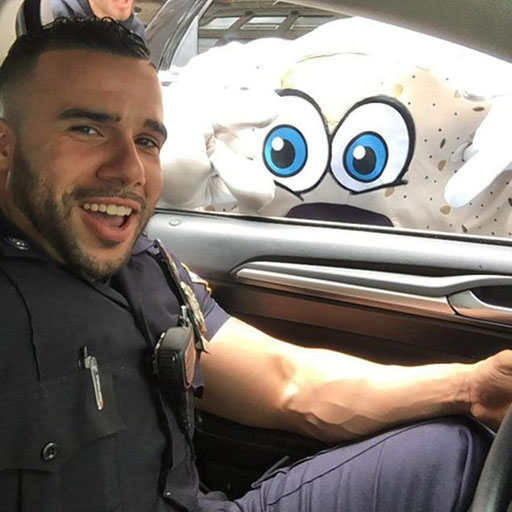 I’m updating this post from yesterday as the hunky cop pictured above was discovered by much of the internet as the pic went viral within a few hours.

It seems the interwebs are all into (newly identified) New York City Sheriff’s department Deputy Miguel Pimentel, a former Marine, who finds himself in a viral vortex of attention.

Pimentel joined the Marines when he was 21 and served his country for 10 years, completing three tours in Iraq and one in Afghanistan.

“I was on the Marine Corps body building team my last year in the Marines and I liked it right away,” Pimentel said. “Ever since then it’s been a part of my life.”

He joined the Sheriff’s Department in 2013, the same year he won the National Physique Committee New Jersey State Championships for amateur bodybuilding. 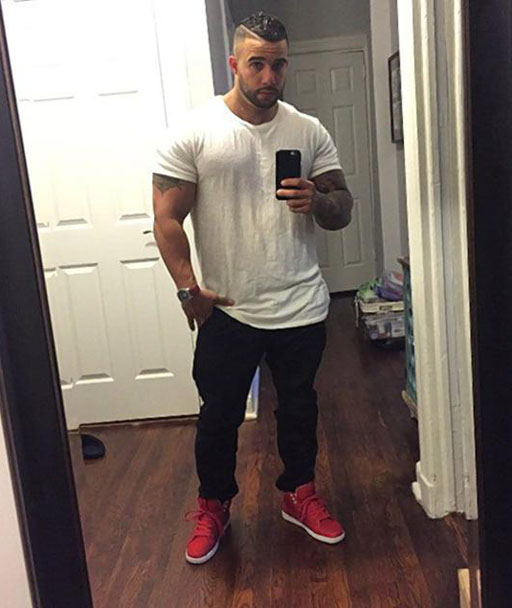