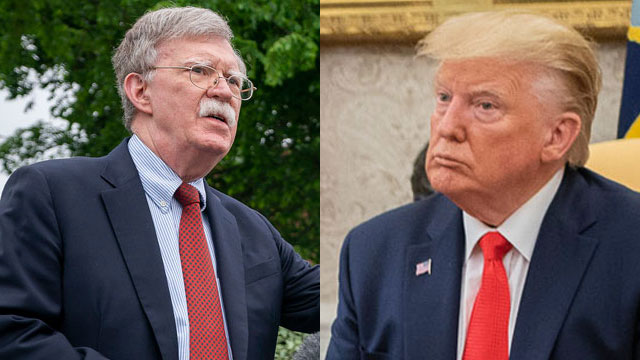 A federal has refused to block the release of former White House national security adviser John Bolton’s new book, “The Room Where It Happened: A White House Memoir,” which reveals highly critical insights into the presidency of Donald Trump.

“With hundreds of thousands of copies around the globe – many in newsrooms – the damage is done,” wrote Judge Royce C. Lamberth of the Federal District Court of the District of Columbia. “There is no restoring the status quo.”

But the judge also sharply rebuked Bolton for not following the government’s prepublication clearance protocols regarding potentially classified material and suggested he could lose his $2 million advance for the book, titled, “The Room Where It Happened: A White House Memoir”.

“We welcome today’s decision by the Court denying the Government’s attempt to suppress Ambassador Bolton’s book. We respectfully take issue, however, with the Court’s preliminary conclusion at this early stage of the case that Ambassador Bolton did not comply fully with his contractual prepublication obligation to the Government, and the case will now proceed to development of the full record on that issue. The full story of these events has yet to be told – but it will be.”

It’s interesting that Bolton’s attorney mentions the “full story of these events” not being told when Bolton COULD have testified during Trump’s impeachment trial and made a difference.

Instead, he waited until he could sell his story for millions. What a patriot.

Trump tried to spin the court ruling as a “win” via Twitter:

….Bolton broke the law and has been called out and rebuked for so doing, with a really big price to pay. He likes dropping bombs on people, and killing them. Now he will have bombs dropped on him!