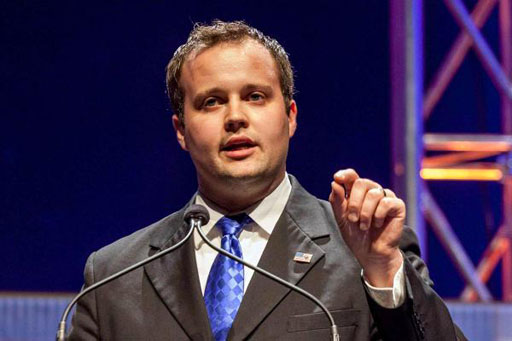 In the aftermath of yesterday’s reports that Josh Duggar, of 19 Kids and Counting fame, had two accounts on the “cheaters” dating website Ashley Madison, he has posted an “apology” of sorts.

In the post, Duggar admits that he is a HUGE hypocrite (he actually uses the word “biggest”) for his accusations and attacks of moral outrage over other’s behaviors while he has lived a “double life.”

I have been the biggest hypocrite ever. While espousing faith and family values, I have secretly over the last several years been viewing pornography on the internet and this became a secret addiction and I became unfaithful to my wife.

I am so ashamed of the double life that I have been living and am grieved for the hurt, pain and disgrace my sin has caused my wife and family, and most of all Jesus and all those who profess faith in Him.

I brought hurt and a reproach to my family, close friends and the fans of our show with my actions that happened when I was 14-15 years old, and now I have re-broken their trust.

The last few years, while publicly stating I was fighting against immorality in our country, I was hiding my own personal failings.

As I am learning the hard way, we have the freedom to choose to our actions, but we do not get to choose our consequences. I deeply regret all hurt I have caused so many by being such a bad example.

I humbly ask for your forgiveness. Please pray for my precious wife Anna and our family during this time.

Duggar and his entire family have spent years attacking and working against the rights of LGBT folks.

Specifically, Josh was executive director of the anti-gay hate group Family Research Council’s lobbying arm for two years. That came to an end this past May, in the wake of a molestation scandal in which he admitted to sexually abusing two of his younger sisters as a teenager.

As I always say, “Ye who protesteth the loudest, do it the mosteth!” 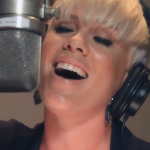 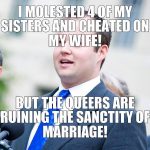 Internet Meme Of The Day 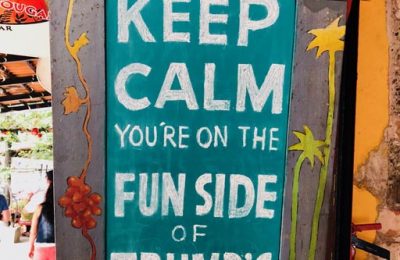 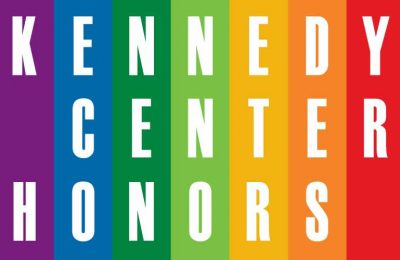 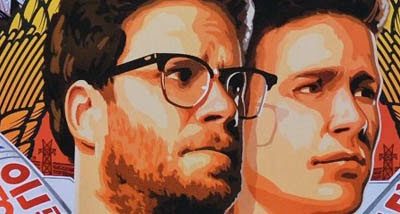