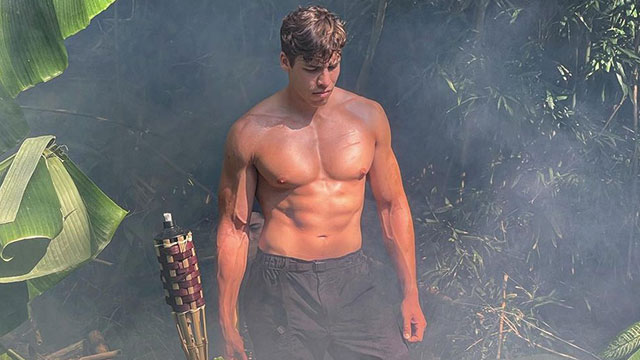 Joseph Baena, son of Arnold Schwarzenegger, showed off his shirtless physique as he announced on social media he is following in his father’s actorly footsteps.

Baena shared on his Instagram he will be appearing in an upcoming movie titled “Lava” set to be filmed in Hawaii.

In the photo, the shirtless 24-year-old is standing amid a smoldering tropical landscape.

Not much else is known about the film, but I’m happy to inspect the photo (for clues, of course…)

Baena was born after Schwarzenegger had an affair with his mother, Mildred Baena, who had been a housekeeper for the movie star.

Maria Shriver, Schwarzenegger’s wife, filed for divorce from the action star following the discovery of the affair. The two have four children together: Katherine, Patrick, Christopher, and Christina.

Baena hasn’t been shy about posting shirtless selfies on Instagram in the past (and no one is complaining).