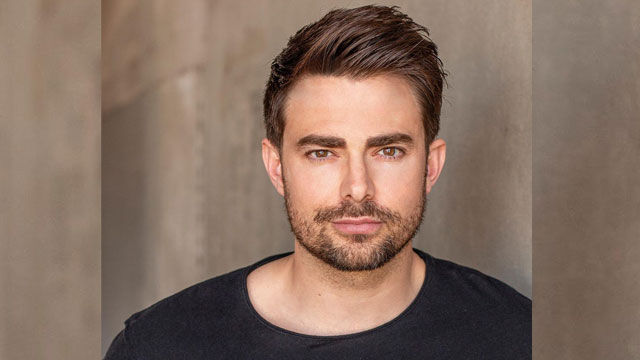 Making good on its promise, the Hallmark Channel has announced one of its upcoming holiday TV movies, “The Christmas House,” will feature a same-sex couple as part of its “Countdown to Christmas” lineup.

The film will premiere on November 22 (8 EST/PST) and star former Mean Girls actor Jonathan Bennett (above) as part of a gay couple hoping to adopt their first child.

The official synopsis for “The Christmas House” reads:

“Working through some difficult decisions, Mitchell family matriarch Phylis (Sharon Lawrence) and patriarch Bill (Treat Williams), have summoned their two grown sons — Mike (Robert Buckley) and Brandon (Bennett) — home for the holidays. It is their hope that bringing the family together to recreate the Christmas house will help them find resolution and make a memorable holiday for the entire family and community. As Brandon and his husband, Jake (Brad Harder), make the trip home, they are anxiously awaiting a call about the adoption of their first child. Meanwhile, Mike reconnects with Andi (Ana Ayora), his high school sweetheart.”

Hallmark Channel faced serious backlash last December when the network pulled a commercial that featured same-sex weddings. While the cable channel quickly reversed course and began airing the spot again, the criticism led to an announcement in July that the Hallmark Channel would be announcing “LGBTQ storylines, characters and actors” in upcoming projects.

In August, Hallmark aired “Wedding Every Weekend” that included a same-sex wedding.

Michelle Vicary, executive vice president of programming for Crown Media Family Network (Hallmark Channel’s parent company) said in a statement, “Our holiday table is bigger and more welcoming than ever.”

“This year’s movies reflect our most diverse representation of talent, narratives and families,” Vicary added. “Our movies are rooted in warmth and positivity, meaningful connections, family gatherings and seasonal traditions — a winning formula we hope will bring our millions of viewers much-needed levity and holiday cheer at the end of a tough year.”

“The Christmas House” will mark Bennett’s third original movie for the Hallmark Channel. In addition to acting gigs, the out 39-year-old out has been a staple on The Food Network handling hosting duties for Cake Wars and Halloween Wars.

He’s also jumped into some reality TV competing on the 2014 edition of Dancing with the Stars and Celebrity Big Brother in 2019.

Bennett and his boo, entertainment reporter and former host of The Chippendales, Jaymes Vaughan, frequently share their (often shirtless) shenanigans on Instagram.

While we’re on the subject, let’s check out some eye-candy action for Hump Day…

Big news! We bought our first home together! @nissanusa has been the perfect partner because the TITAN XD Platinum Reserve has made this move so much fun for our entire chosen family. Yes dog included. I’ve always wanted a love like this, a family like this, and big truck like this. I feel so grateful! #DriveItHome really means so much more to us now. Check out my story to see my reaction when the truck first arrived. Together with Nissan we are #partnersofprogress