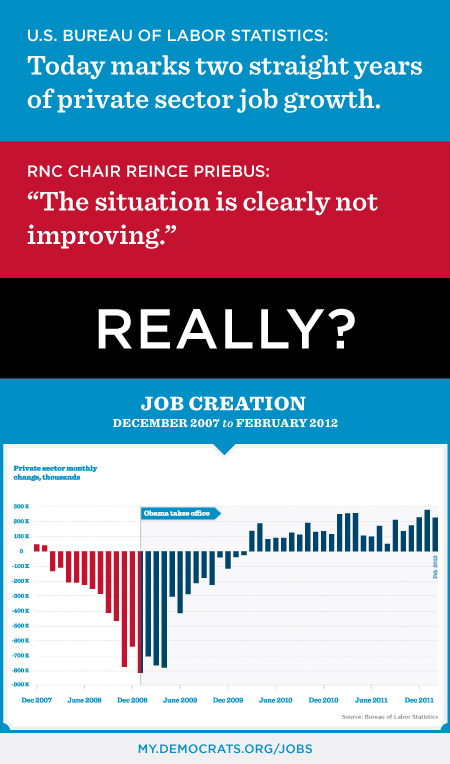 From the Republican National Committee on the February unemployment report:

“Today’s jobs report is yet another reminder that far too many Americans are out of work, and the situation is clearly not improving. Millions of families continue to feel the pain of the sluggish Obama economy and the rising cost of gas, groceries, and healthcare. They are still waiting on President Obama to keep his promise of an economic recovery,” said RNC Chairman Reince Priebus.

Now – maybe they hit “send” too quick on this one.

The jobs report today actually showed that the economy created 227,000 jobs in February.

Additionally, there was a 92,000 drop in the number of people unemployed for over 27 weeks, coupled with the entrance of over 476,000 into the labor force — a sign of confidence in the economy.

Certainly we all want to see the economy improve faster but how do you say “the situation is clearly not improving” when it clearly is…?