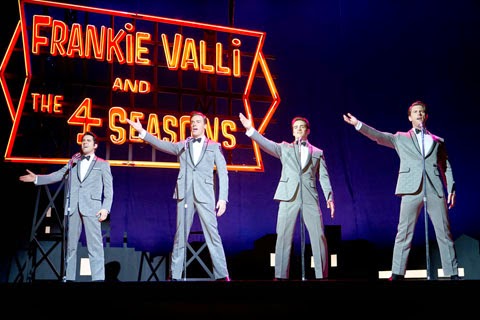 Clint Eastwood’s film adaptation of the smash Broadway show Jersey Boys is projected to only bring in a low $13.5M this weekend at a cost around $40M. That estimate has already been revised down.

The studio wanted the summer release, not Clint, who made more of a drama than a musical about Frankie Valli and The Four Seasons based on the Broadway production nearing a decade-long run based on the original book written by Marshall Brickman and Rick Elice who also wrote this screenplay.

Unfortunately the knocks against the pic are that it’s slow, lacked a musical background (seriously), and didn’t come alive until the last 15 minutes including credits. Biggest mistake might have been not using more artists’ music to set the feel for the time period.

Obviously disappointing news for Broadway fans. The stage production, directed by Des McAnuff, is supremely entertaining, and the use of the Four Seasons music to tell their story is clever but never heavy-handed.

The Broadway production is still doing great business, as well as the touring companies world-wide.