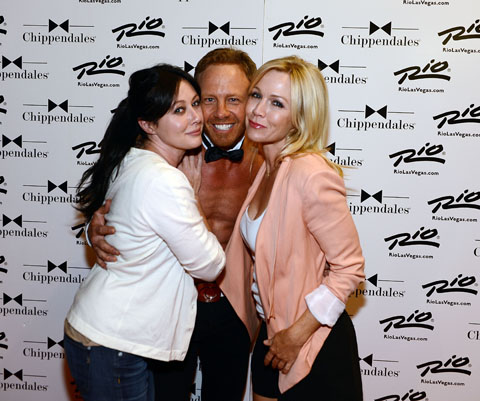 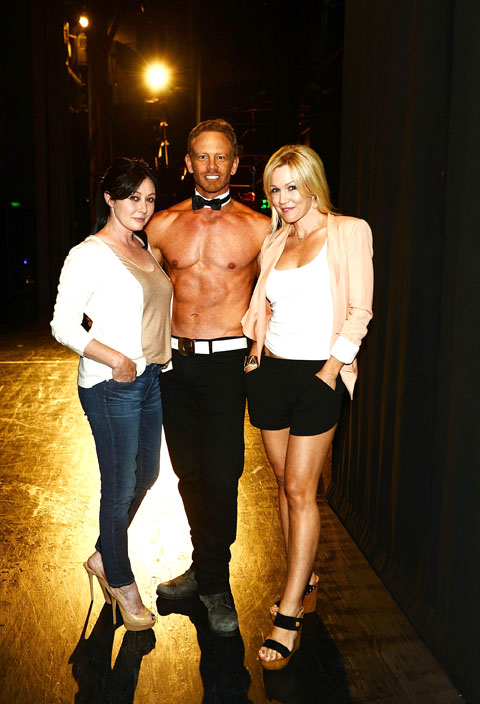 There was a Beverly Hills 90210 reunion in Las Vegas last night as Jennie Garth and Shannen Doherty visited Chippendales at the Rio to show their support for fellow 90210er Ian Ziering currently headlining the iconic show.

Ziering — who played Steve Sanders on the Aaron Spelling drama, opposite Garth’s Kelly Taylor and Doherty’s Brenda Walsh — welcomed his former costars backstage, where they staged a mini 90210 reunion. The trio were thrilled to see one another and posed for pictures on the red carpet.

I was lucky to spend the evening with the two gorgeous ladies and I have to report they could not be nicer or more fun. They were bowled over the second they saw Ian and his awesome abs, and laughed and applauded through the 75 minutes of “twisted steel and sex appeal” onstage.

During pre-show conversation Shannen and I talked about her big LGBT fan base and she mentioned how she’s always been aware and appreciative of how loyal the gays have been to her through her career.

The three TV stars also mentioned that yesterday was the 20th anniversary of the “graduation day” episode of Beverly Hills 90210.

Cool that the three could have their own reunion in LV.

p.s. I should mention these three clearly don’t age.  All are just as hot as ever.  I think it has a lot to do with their genes and how great they are as people. 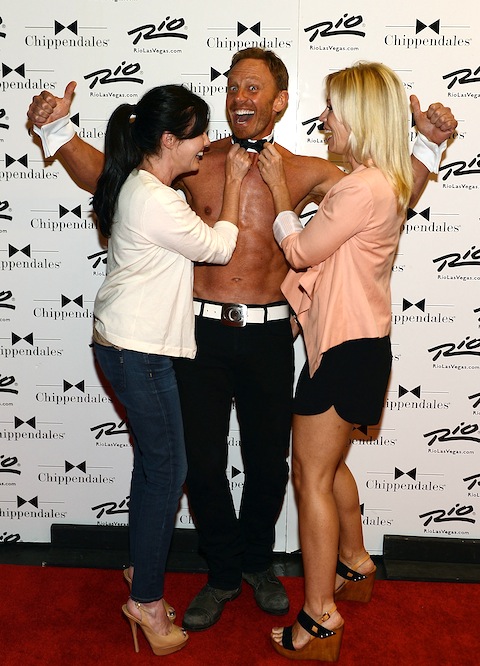