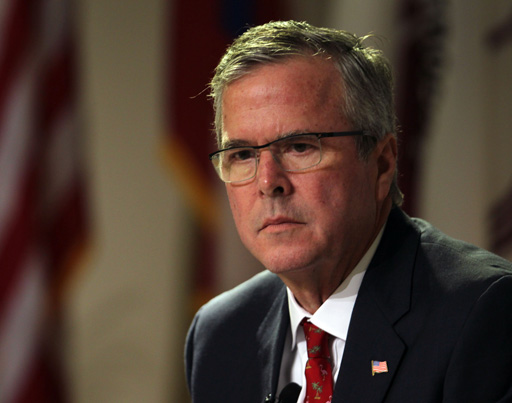 So it’s come to this.

After a sixth place finish in Iowa (only 2.8 percent of the vote), former Florida Gov. Jeb Bush is reduced to begging for applause at his campaign stops.

Mr. Bush finished a fiery riff about protecting the country as commander in chief — “I won’t be out here blowharding, talking a big game without backing it up,” he said — and was met with total silence.

The crowd laughed — and then, finally, clapped.

As most folks know, Bush was once considered the easy front-runner in the early days of the Republican nominating process.