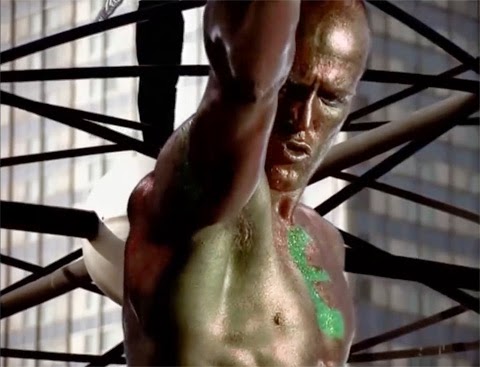 Just to show you how wonderful the interwebs can be:

Long before he became a big movie star thanks to films like The Transporter, Jason Statham earned his duckets appearing in music videos as a go-go boy.

In one EDM video from The Shamen we get truly 1993 worthy special effects including multiple go-going Strathams, but then there’s the metallic skinned Stratham featured in Erasure’s  “Run To the Sun.”