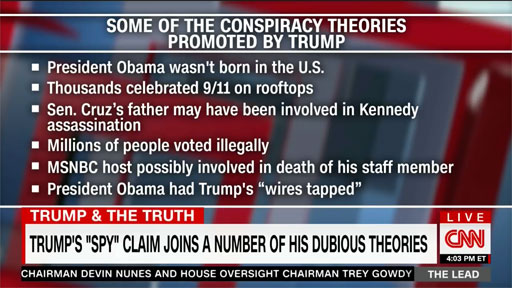 “While we’re sticking to the facts and telling you what we know, President Trump has no constraints since he simply makes stuff up. He frequently lies and has a long and well documented conspiracy theories with no concrete evidence ever provided.

“For years he perpetuated the myth that Obama was not born in the United States, and that he saw thousands of Muslims on TV celebrating 9/11, and he suggested Ted Cruz’s father might have been involved in the assassination of JFK, again zero evidence for this.

“I could go on but this is just an hour show.”