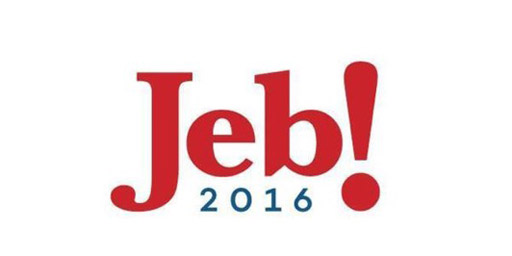 In advance of announcing his official candidacy for the 2016 GOP nod for president, Jeb Bush tweeted out his new campaign logo.

Do you like the built-in excitement by adding the exclamation point? It certainly got me going 🙂

You’ll notice the name “Bush” is not anywhere to be seen. Anything he can do to distance himself from his brother’s disaster of an administration.

The logo garnered some attention from journalists who noted Jeb’s lack of creativity. Note the pic below from his 1998 campaign for governor in Florida.