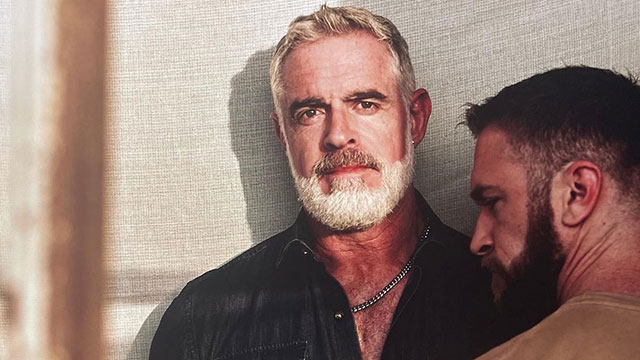 In addition to writing the 11 part series, Burns also acts as co-director, co-executive producer and one of the four stars of the show.

The Disappointments follows three middle-aged gay best friends trying to figure out how to live their best lives.

According to Burns, the show “features gay people in their 50s, who suddenly find themselves standing in a room, looking at their their belongings, their careers, their unhappy personal lives, their reflection in the mirror and asking, ‘How did this get to be my life?’ Disillusioned. Disappointed. And the clock is ticking…”

The first episodes of The Disappointments premiered on YouTube on November 8 and each Monday two new installments are released for a total of 11 chapters. The two-part finale will be released December 6.

Hit the play button below to listen to my chat with the oh-so-handsome Mr. Rich Burns. You can watch The Disappointments on YouTube here.