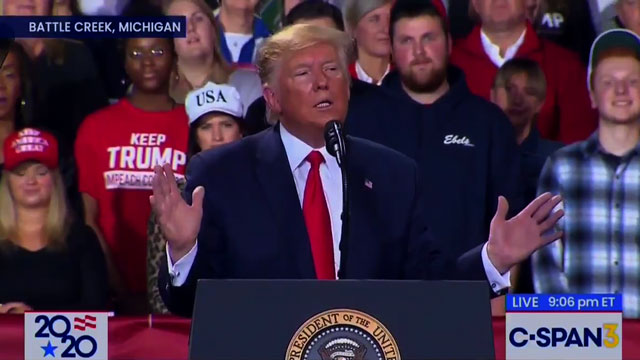 At a campaign rally in Michigan, Donald Trump responded to the news of his impeachment by ranting about the vote of Rep. Debbie Dingell (D-Michigan).

Recalling her thanks for the state funeral he truly deserved, Trump seems to think she owed him her allegiance in the vote tonight.

Speaking of the departed Dingell, he spoke of the congressman looking down – “or looking up” – from where he is tonight.

Truly disgraceful behavior. There is no bottom.

His widow, Rep. Debbie Dingell, responded to the grotesque comment along with others.

Trump laments that Debbie Dingell voted to impeach him despite the fact that he allowed the normal state funeral to proceed for her late husband, former Rep. John Dingell. Trump then suggests John Dingell is in hell — to audible groans. pic.twitter.com/wsYfddNIA9

Mr. President, let’s set politics aside. My husband earned all his accolades after a lifetime of service. I’m preparing for the first holiday season without the man I love. You brought me down in a way you can never imagine and your hurtful words just made my healing much harder.

John Dingell served our country in World War II. He was the longest-serving Member of the House in history, was instrumental in passing Medicare, Civil Rights, Clean Air Act, & more. @realDonaldTrump is not fit to carry Mr. Dingell’s boots. How dare Trump disparage his memory.

Trump goes after Rep. Debbie Dingell for voting for impeachment after he lowered flags for her late husband and longtime Rep. John Dingell. Then makes a joke at J. Dingell's expense, saying "maybe he's looking up" instead of looking down. Crowd reaction was not great. 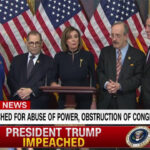 Donald Trump Impeached For Abuse Of Power, Obstruction Of Congress 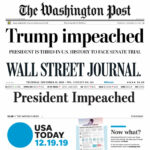 Newspaper Headlines On The Impeachment Of Trump 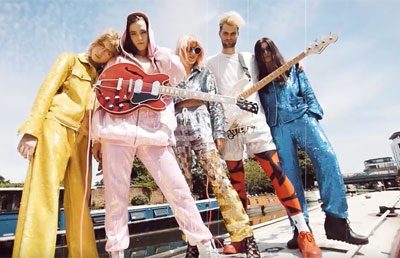 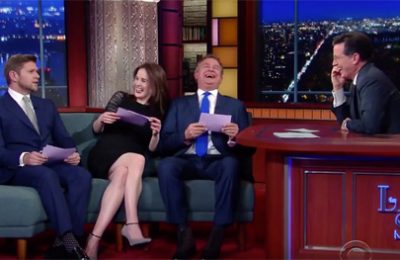 The Late Show: “Downton Abbey” Without The Classy Accents 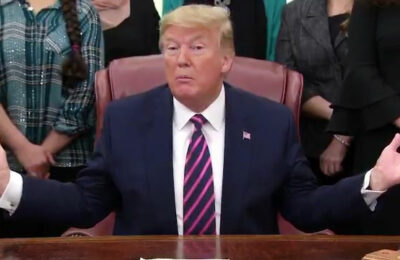 Trump On Lev Parnas: ‘I Don’t Believe I’ve Ever Spoken To Him’