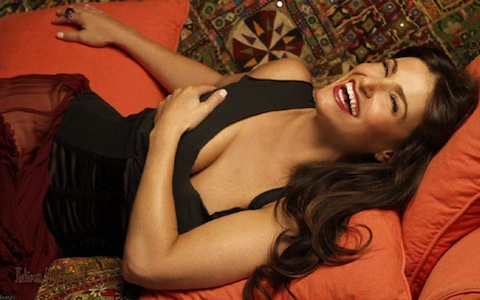 From the Toronto Star: Tony-winner Idina Menzel would be filming her PBS special in Toronto on November 17-18 with the Kitchener Waterloo Symphone at Koerner Hall.

“I can’t tell you how excited I am about doing this!” enthuses Menzel from the set of Glee in California, “I’ve been honing this program for over a year and it’s full of things I love singing.”

Fans of the multi-talented performer will be glad to hear that Menzel’s favourites probably coincide with theirs and will, of course, feature songs like “Defying Gravity” from Wicked and “No Day But Today” from Rent.

Information on tickets for all performances will be available shortly by visiting www.IdinaMenzel.com.

The Tony Award winner has had a diverse career on stage and in film, television, and music, recently appearing in the television hit Glee, and is currently on a sold-out tour, performing with leading orchestras around the country. In 2009 Ms. Menzel co-starred with Josh Groban in the concert version of Chess: The Musical, recorded at London’s Royal Albert Hall and broadcast on PBS. In December 2005 she completed her role as “Elphaba” in Broadway’s Wicked, for which she received a Tony Award for Lead Actress in a Musical and a Drama Desk Award nomination.