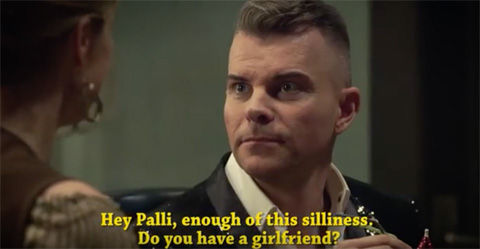 Long-running Icelandic kids’ TV show, Stundin Okkar, on the air since 1996, featured a non confrontational scene in which former Eurovision singer Páll Óskar is asked that fateful childhood question, “Do you have a girlfriend?”

The scene played out exactly as it should, with simple, honest truth.

“Think about what it would be like to live in a world where it didn’t matter who you were attracted to! We just need to create that world – that’s our responsibility.”