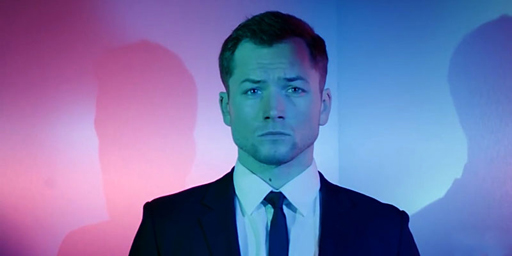 “Without ever wishing to seem ungrateful for the Kingsmanthing,” he tells GQ UK’s Chris Mandle for this month’s cover story, “as much as I love the films, especially the first, I will always feel like something of an imposter in that world.”

Imposter? What you talking about, Taron?

“The ‘guy’, the ‘bro’, the ‘stunt guy’,” says the 29-year-old actor, highlighting the phrases with air quotes. “I’ve never been that guy. I’m just not. I’m the guy who was playing Seymour in Little Shop Of Horrors when he was 17.”

When Mandle points out that it’s all acting anyway, Egerton conceded – a bit.

“Maybe,” said the handsome actor. “But I always felt more at home in a gay club than at a football match, far more at home.”

And speaking of “gay,” Egerton addresses the reports about a certain sex scene that was rumored to have been excised from the film, but then wasn’t.

“Well, the stuff we shot was pretty explicit,” Egerton shares. “I mean, that’s why I made the film. Those scenes are desperately -important when you have an icon of that magnitude, who means so much to one community.”

Calling Elton John “a standard bearer” for the LGBTQ community, Egerton felt it his responsibility to live up to that.

“For me, especially as a heterosexual actor, not to push the envelope as far as I can or try to make it a wholehearted celebration of being a gay man would be wrong,” he told GQ. 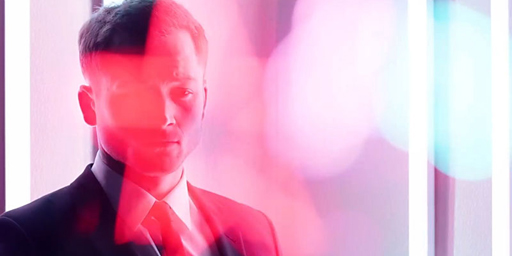 The Welsh actor has heard the stories about Bohemian Rhapsody being “straight-washed” for other countries where overt gay-isms don’t go over so well. He says banking box office bucks shouldn’t trump a film’s cinematic integrity.

“It’s a studio movie. It’s Elton John. We’ve got to own that. I don’t care how well the film does in Russia. It doesn’t matter. It can’t matter. What’s an extra $25 million at the box office? What are you willing to do for that? Sacrifice sleeping at night because you watered the whole thing down?”

What Egerton won’t ‘water down’ is the small amount of his life he shares on social media. Taron is going to be Taron.

Still somewhat new to Instagram, he posted a photo of a longtime friend last October, with the caption “Cutie. My boy.” Egerton learned how quickly people will read into a post and assume he was attempting to come out.

He clarified the situation in an interview, saying he’s straight, but shares the background of the post with GQ UK.

“I’ve known that guy since I was eleven,” he explained. “And he is a cutie. I call all my friend stuff like that. Anyone can tell you. [But] it doesn’t mean I want to f*ck any of them.”

In fact, Egerton isn’t all that fond of labels when it comes to how we view each other.

“I’m not someone who really subscribes to this binary view of male and female archetypes or ways of behaving,” he says. “And it’s only going to happen more and more. The lines are blurring. People are identifying and expressing themselves more fluidly. Our concept of what a straight man or gay man looks like or is expected to behave in 20 years will be nothing like it is now.”