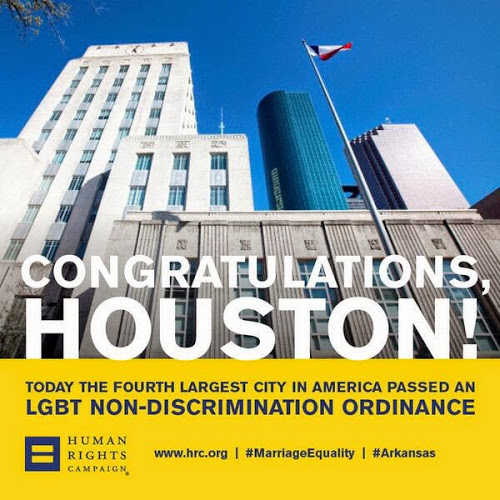 Houston, with over 2.1 million residents, is the fourth largest city in America.  Until today, Houston was the only major US city without a nondiscrimination ordinance.