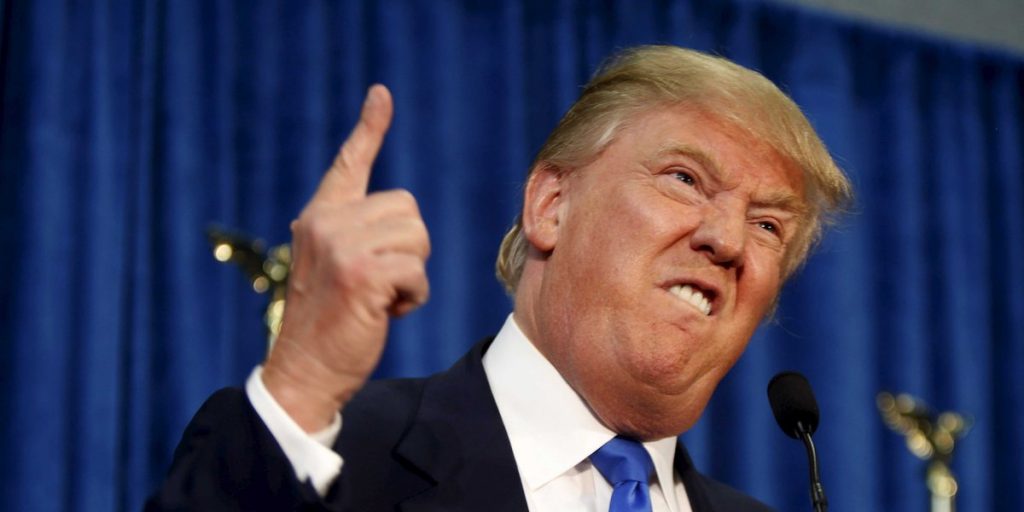 As Think Progress reports, though, it only took hours for the Trumpster to fire off a few new attacks on choice targets in the media.

Just a few hours after Conway’s comments, however, Trump took to Twitter to call television personality Donny Deutsch a “big failure.” And on Monday morning, Trump implied that MSNBC hosts Joe Scarborough and Mika Brzezinski were having a relationship, calling Brzezinski “neurotic” and unintelligent, and referred to former Rep. Anthony Weiner as a “pervert sleaze.” 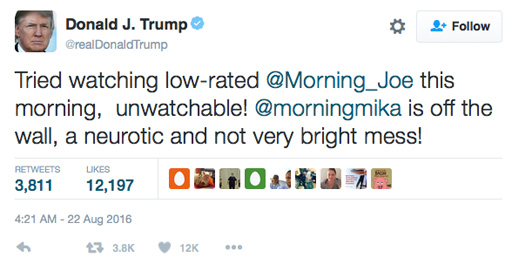