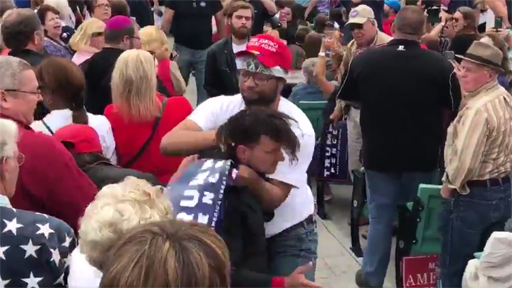 More violence occurred at a Donald Trump rally in North Carolina as a self-described “Gay for Trump” supporter put a protester into a headlock and attempted to remove the protester himself.

The protester is removed by the police, and then two men (apparently a gay couple) are also ejected.

It gets sadder and sadder each day as the tone and physical threat of Trump’s supporters devolves further into the muck.

Watch video of the attack below.

Trump was interrupted by a protester in Greensboro and this happened: pic.twitter.com/Hzc2Z82gNu

Protester at @realDonaldTrump rally shoved, put in a headlock by Trump supporters. Here’s what followed: pic.twitter.com/kqM5sn7eQR 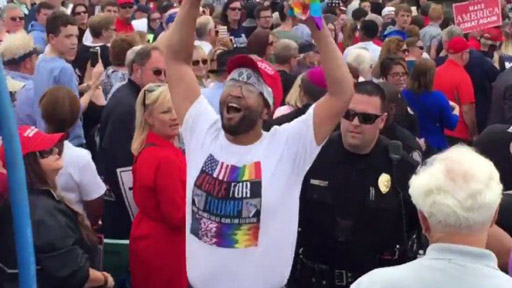