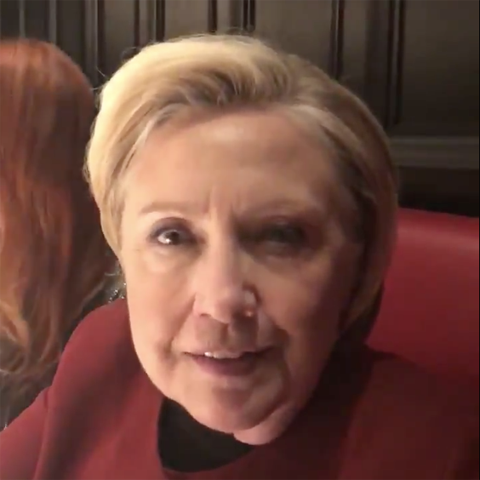 “Hey everyone, I just wanted to say thanks,” Clinton says in the video. “Thanks for your feminism, for your activism, and all I can hope is you keep up the really important, good work.” Off screen, someone can be heard saying, “activist bitches supporting bitches,” which Clinton then repeats, laughing.

“And let me just say, this is directed to the activist bitches supporting bitches, so let’s go,” she says. It’s unclear exactly when or where the video was taken.

A message “to all the activist bitches supporting bitches” by the inimitable @HillaryClinton. pic.twitter.com/fnUfsJnUN4