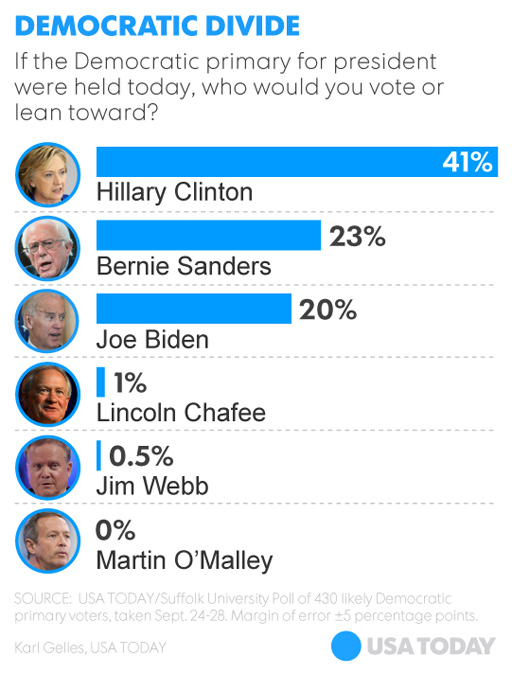 Clinton garners 43% of support from likely voters, while Sanders gets 23% and an announced Vice-President Biden gets 20%.

The poll also shows that Democratic voter by a margin of 54%-34% feel the announced six Democratic debates are sufficient, and don’t feel the need for more. Some candidates have argued that the six is too limiting.

I personally think six is plenty. If the candidates can’t communicate their positions in about 12 hours of TV time, then they need to think more about their message.