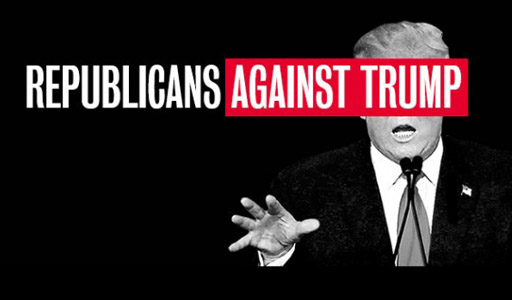 Fresh off of being named the Democratic presumptive nominee, Hillary Clinton’s campaign has launched a new website aimed at courting disaffected GOP voters.

The website, republicansagainsttrump.org, was registered on May 27 and launched on June 2, according to domain registration records. The Clinton campaign only appears to have begun buying ads to promote the site more recently.

The ads promise potential supporters a “free ‘Republicans Against Trump’ sticker” if you pledge to oppose Trump in the fall.

“Donald Trump is not qualified to be president. He does not represent my beliefs as a Republican and, more importantly, my values as an American. He does not speak for me and I will not vote for him,” reads the pledge.

The small print, if a visitor scrolls to the bottom of the page, reads: “Paid for by Hillary for America.”