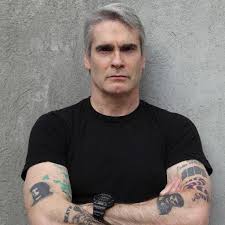 He recently wrote an essay for LAWeekly that completely captures the cynical zeitgeist of GOP politics regarding Donald Trump.

I encourage you to read the entire piece, but here’s just a sample.

In a nation of hundreds of millions of people, there is one man born to lead. A man who stands head and shoulders above the rest. A lone alpha who burns incandescent in a vast wasteland of darkness.

When asked to serve in Vietnam, he said no and took a deferment. He took a few of them, actually, because he is his own man.

He got married. The merger didn’t work. She was fired. So was the next one. It’s business, not personal — like America!

He has overcome adversity. Like bankruptcy. And with an almost Michelangelo-like genius, he conquered the K2 challenge of his hair.

He is what America needs. A man with so much self-confidence that, if you put him in the Oval Office, some of it will no doubt trickle down to you.

Who is this man who will put all other world leaders in their place? The same man who just read a cellphone number, allegedly Lindsey Graham’s private line, out loud so the world could hear. (Hey, I laughed.) This man is America.

So bend over, relax and hold onto something solid, because here he comes — here comes Donald Trump 2016. And when he puts it in, you’ll know who your daddy is.