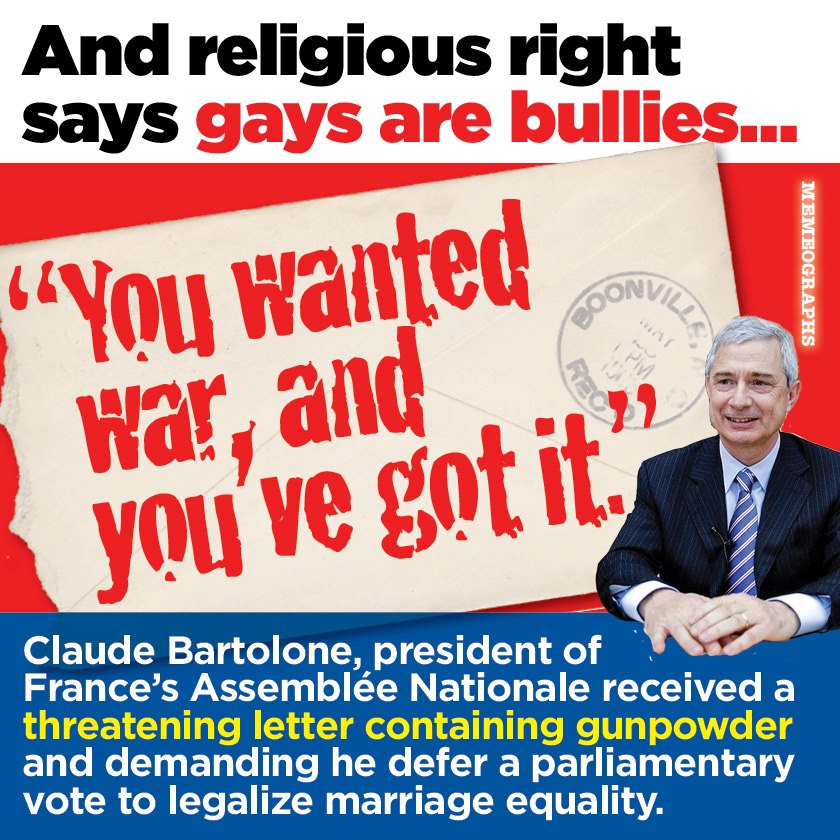 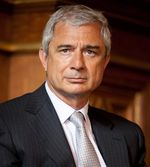 The head of French parliament is being terrorized over the coming gay marriage vote on Tuesday, The Local reports:

The one-page letter, signed by “an intermediary of law enforcement,” warns Bartolone that “our methods are more radical and more swift than protests”, according to French magazine L’Express.

The document concludes with the statement “You wanted war, and you’ve got it.”

Oh, Brian Brown (of NOM), you were saying something about “peaceful demonstrations” by the folks on YOUR side of the marriage equality issue?