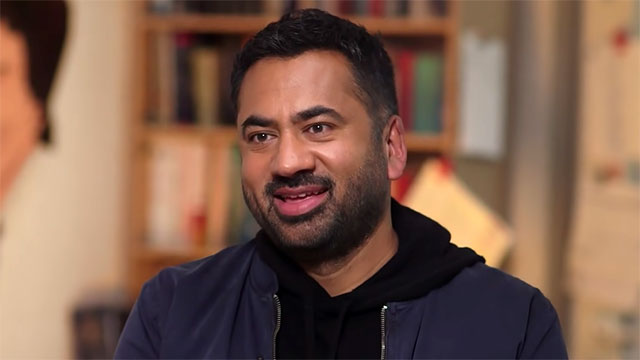 Kal Penn, of the “Harold and Kumar” film franchise, casually came out as gay during an interview with CBS Sunday Morning while promoting his new memoir, You Can’t Be Serious.

In the interview, Penn spoke about his 11-year relationship with fiancé Josh sharing, “We had our 11th anniversary in October.”

Noting how casual he was in sharing his relationship with readers, Luke Burbank asked about the ease with which he was coming out.

“When you’re the son of Indian immigrants who says that you want to be an actor, the chaos that that creates in your family and your community will trump anything else always!” said the Sunnyside actor.

He also spoke of the pride he felt advancing the repeal of “Don’t Ask, Don’t Tell” while working at the White House during the early Obama administration when he took time off from acting to embrace public service.

In another interview, this time with PEOPLE, Penn acknowledged his coming out may be new to some, but he’s “always been very public with everybody I’ve personally interacted with.”

“Whether it’s somebody that I meet at a bar, if Josh and I are out or we’re talking to friends,” Penn tells PEOPLE. “I’m really excited to share our relationship with readers. But Josh, my partner, my parents, and my brother, four people who I’m closest to in the family, are fairly quiet. They don’t love attention and shy away from the limelight.”

“I discovered my own sexuality relatively late in life compared to many other people,” he tells PEOPLE. “There’s no timeline on this stuff. People figure their s— out at different times in their lives, so I’m glad I did when I did.”

Penn also shares that the new book promotion comes as he and Josh are in the middle of planning their wedding – complete with very different ideas of how to handle the nuptials.

“Obviously I am engaged to a man and our families will be there for the wedding,” says the 44-year-old actor.”The big disagreement now is whether it’s a huge wedding or a tiny wedding.”

“I want the big ass Indian wedding. Josh, hates attention, [has said], ‘Or we could just do quick 20-minute thing with our families and that’s it.’ So we have to meet halfway in the middle.”

You Can’t Be Serious is scheduled for release on November 2. You can find it on Amazon here.