• JoeMyGod: Joe Jervis, one of my favorite bloggers, penned his New York City memory, “Dance of the Sugar Plum Lesbians,” years ago and fortunately, it’s become an annual tradition. Well worth the reading.

• Kenneth-in-the-212: Check out Kenneth’s weekly round-up of the what’s what in LGBTQ publications including Daryn Alexander covering the latest issue of WireMag. 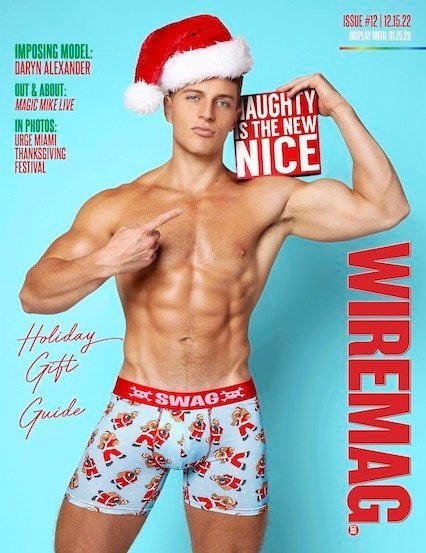 • Talking Points Memo: The case of out Rep.-elect George Santos (R-NY) continues to spiral as more and more wild and wacky facts are unearthed about the congressman-to-be’s background.

• Boy Culture: Matt Rettenmund shares his annual “In Memoriam” of the 20 celebrity passings that impacted us the most this year, including my dearly missed Olivia Newton-John.

• The Daily Beast: China’s National Health Commission announced that it will cease publishing national daily COVID-19 case figures amid a surge of infections. A health data firm estimates that there are 5,000 people dying of the virus daily in China.

• CNN: Several busloads of migrants were driven from Texas to Washington DC and dropped off in front of Vice President Kamala Harris’ residence on Christmas Eve in 18 degree weather late Saturday. A CNN team saw migrants being dropped off, with some wearing only T-shirts in the freezing weather. #WithChristiansLikeThese

Several busloads of migrants were dropped off in front of Vice President Kamala Harris’ residence in Washington, DC, on Christmas Eve in 18 degree weather. https://t.co/mViOj4xYnI

• NBC News: Eric Christie, who carried what appeared to be a hammer and wore a “Fags For Trump” t-shirt at the U.S. Capitol on Jan. 6, 2021, got into a standoff Thursday with the FBI for hours before special agents arrested him for his role in the riot.

“Merry Christmas to EVERYONE, including the Radical Left Marxists that are trying to destroy our Country, the Federal Bureau of Investigation that is illegally coercing & paying Social and LameStream Media to push for a mentally disabled Democrat over the Brilliant, Clairvoyant, and USA LOVING Donald J. Trump…” #nutjob 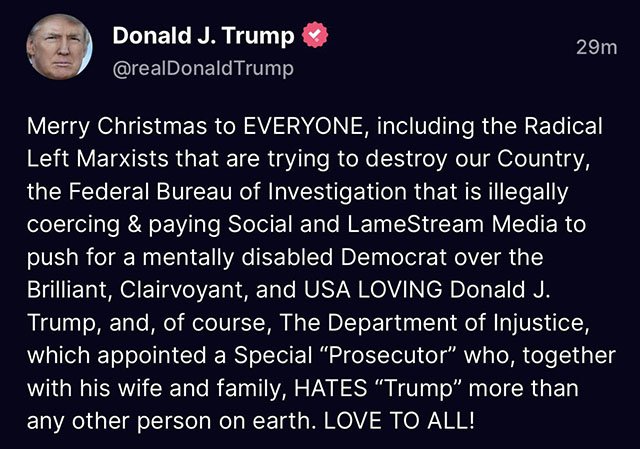