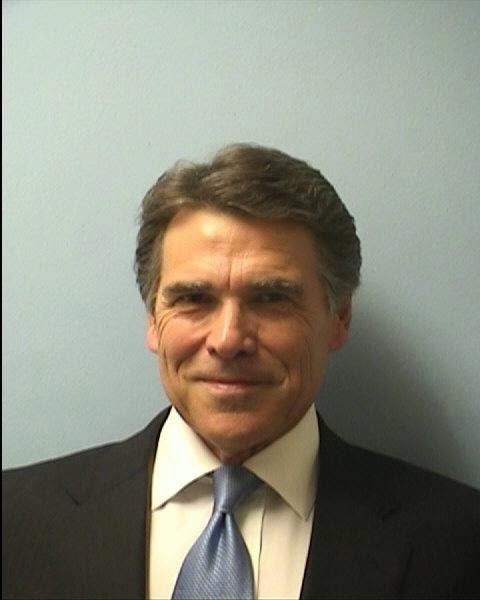 Having been indicted on two felony charges for abuse of power, Texas Gov. Rick Perry reported to the Travis County Court in Austin today to have his mug shot taken.

Following the photo shoot, Perry held a short press conference where he addressed the indictment by a grand jury:

“The actions that I took were lawful, they were legal and they were proper. This indictment is fundamentally a political act that seeks to achieve at the courthouse what could not be achieved at the ballot box.”

And then he got an ice cream cone.