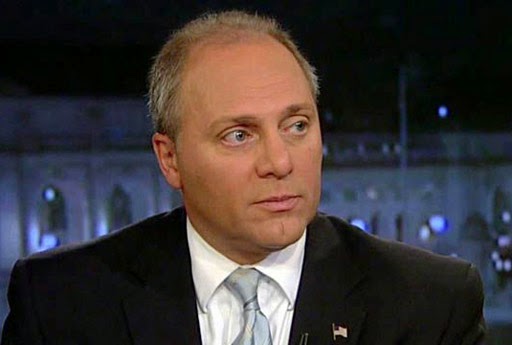 Republican Speaker of the House John Boehner surely didn’t imagine he would begin the next Congress in this manner.

And now another GOP House member is in the middle of a racial controversy literally days before the Republican party is to take control of both chambers of Congress.

The incoming House Majority Whip, Rep. Steve Scalise of Louisiana, has acknowledged that he spoke at a meeting of “white nationalist leaders” (read that “white supremacists”) while serving as a state legislator in 2002.

The 48-year-old Scalise, who ascended to the House GOP’s third-ranking post earlier this year, confirmed through an adviser that he once appeared at a convention of the European-American Unity and Rights Organization.

That organization, founded by former Ku Klux Klan leader David Duke, has been called a hate group by the Southern Poverty Law Center.

As JoeMyGod points out, it should surprise no one that Scalise was the lead author of Louisiana’s constitutional ban on same-sex marriage.